Edappadi Palanisamy said that no one was affected by the Citizenship Amendment Act and urged the Center to grant dual citizenship to Sri Lankan Tamils.

Chief Minister Edappadi Palanisamy interviewed reporters at Salem Airport. He said: –
Question: – The Citizenship Amendment Act Various protests and conflicts are occurring in Tamil Nadu due to their support. What is its position?

The AIADMK was present when the Citizenship Amendment Act was introduced in Parliament. Speaking on behalf of the members of the Rajya Sabha, they have clearly stated that they should grant dual citizenship to Sri Lankan Tamils ​​who have come to Sri Lanka from Tamil Nadu. But the deliberate deliberation of the DMK. Leader MK Stalin is telling a false message in Tamil Nadu.

He was speaking at a public meeting in Kancheepuram yesterday (yesterday). Something is a bit of an AI. The government has made an allegation that the Sri Lankan Tamils ​​have been betrayed. This is all a lie. DMK In 2009, when Karunanidhi was Chief Minister, Karunanidhi was in the Congress-led Union Cabinet. Karunanidhi fasted to end the war. Speaking at the end of an hour, he delivered a false message that the ceasefire had been stopped in Sri Lanka and no one should be afraid.
When the Tamil people living in Sri Lanka came out of the bunker to rely on this news, the Sri Lankan army took advantage of the occasion and bombed about 1 lakh Tamils. The DMK is the only party that is deliberately planning to benefit the Sri Lankan Tamils. Just. Did you protest against the government of Sri Lanka when the killing of 1 lakh Tamils, or did you protest against the then central government?

They became a part of the rule and power among themselves. They were all silent and did not fight back. The post itself was great. Why did Sri Lankan Tamils ​​not get citizenship when they were in power for 13 years?
We are not in power. But we have continued to urge the central government to grant dual citizenship to Sri Lankan Tamils ​​who have come to Sri Lanka from Tamil Nadu.

Question: – The Tamil Nadu government has not already demanded dual citizenship. What is the action of the Government of Tamil Nadu?
Answer: – The AIADMK has been able to grant dual citizenship to our brothers and sisters who have come to Sri Lanka from Tamil Nadu. Will continue to insist. We are taking action. Moreover, we continue to provide all Tamil welfare assistance to the Tamil people of Sri Lanka.
There are 107 camps for Sri Lankan Tamils ​​in Tamil Nadu. There are approximately 59,714 Sri Lankan Tamils ​​living in 25 districts. There are also 34,355 people living outside. We are giving all the facilities available to the people of Tamil Nadu. We are giving away 20 kg of rice monthly.

It is just to meet people. Elections are held in a democratic manner. Then why are you hesitant to hold elections ?. Digg And its allies are ready to meet the people, to hold elections. We will have the biggest victory in local elections.
Thus he said. 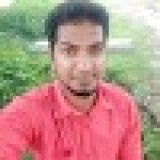