Vaiko a Step ahead to become Rajya Sabha MP

MDMK General Secretary Mr. Vaiko a aderant supporter of Tamil Ezham was a step away to become Rajya Sabha member. MDMK along with DMK managed to fought against ADMK alliance in 2019 election. MDMK gets 1 Lok Sabha seat and 1 Rajya Sabha seat for the Party. Ganeshamurthy contested on behalf of MDMK in Erode constituency and won for the alliance.

DMK now ready to offer Rajya Sabha MP for Vaiko but has to clear the POTA case.

At the meeting in Poonamalle, Vaiko was accused of treason to Indian sovereignty. The verdict is scheduled for July 5, when the hearing of the case takes place in a special court hearing MP and MLAs. As per the complaints made against Vaiko it was mentioned that Vaiko Said: “I will support LTTE Yesterday, Today and aswell tomorrow”.

In the hearining Vaiko mentioned that These lines are not directly mentioned actually Vaiko was quoting his old lines which was made in 1985 parliament session. LTTE was banned in India after Rajiv Gandhi assassination after 1989. Judgement was about to be made on 19th June 2019 and postponed to 20th June 2016 and Judgement will be released anytime. 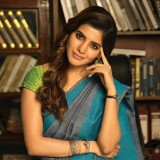 Ramadoss family to contest in 5 constituency ?